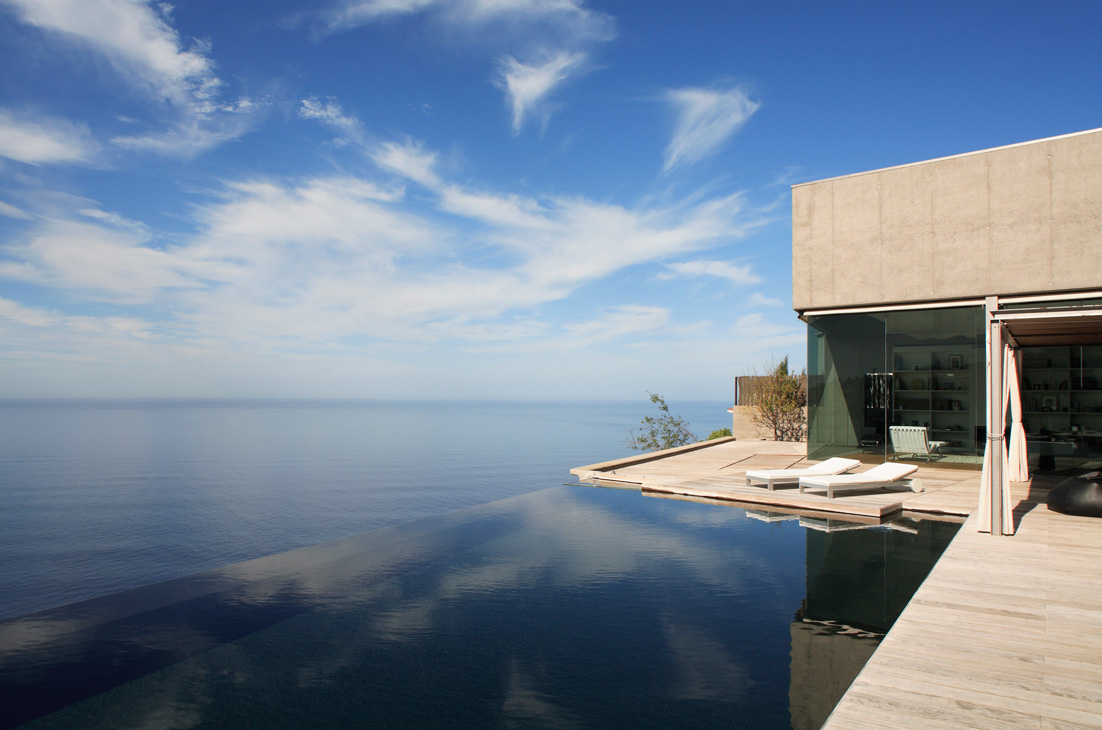 A livable volumen that merges with the landscape 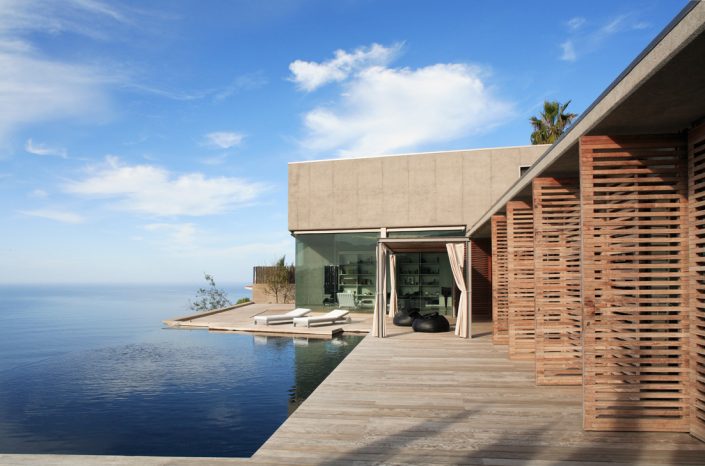 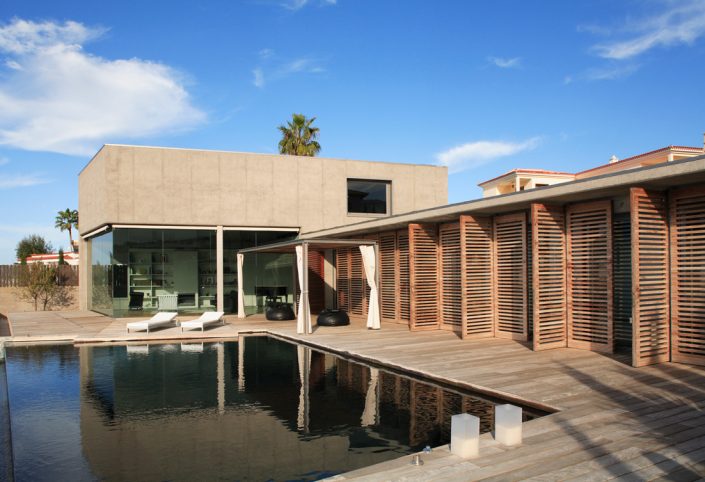 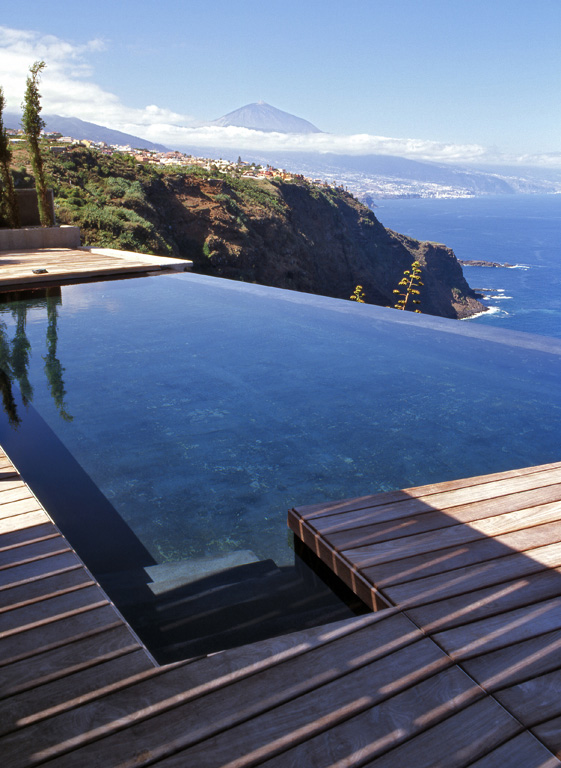 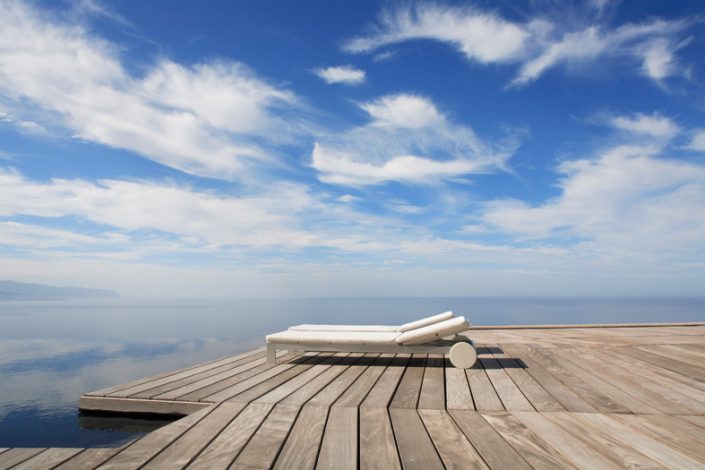 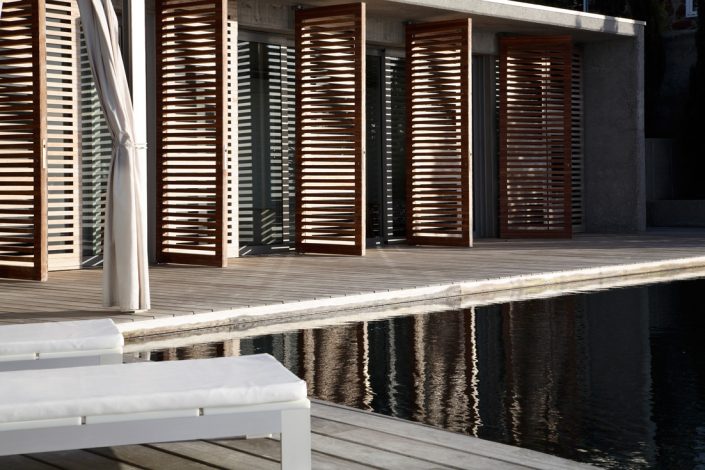 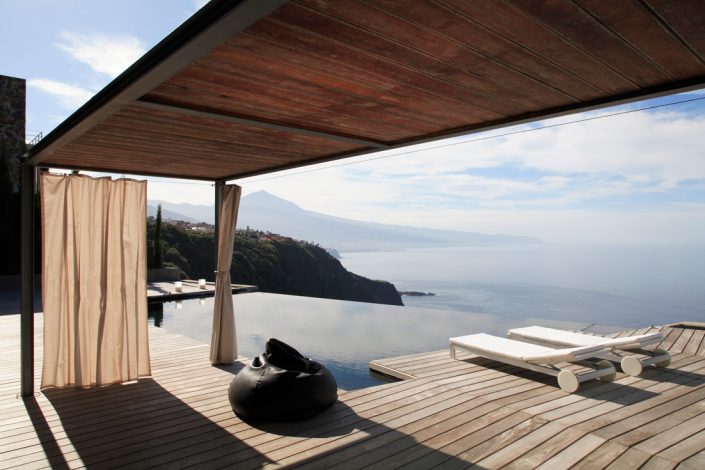 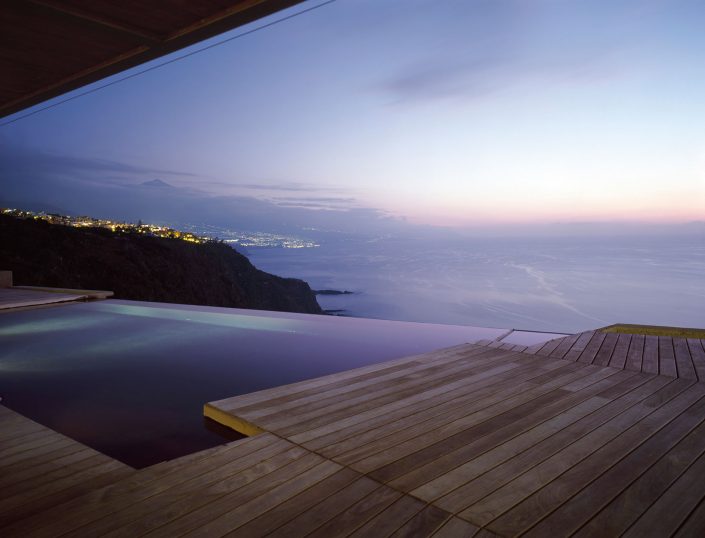 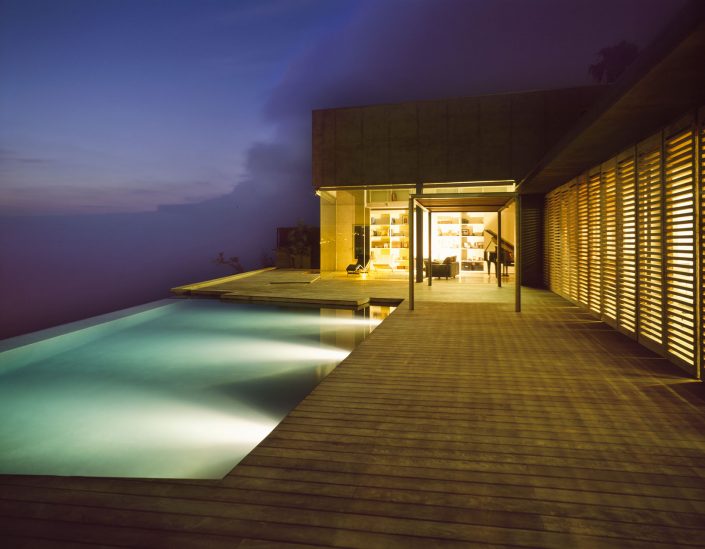 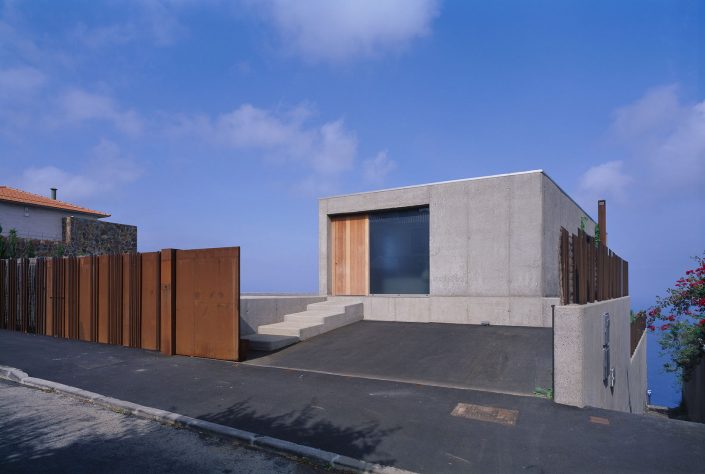 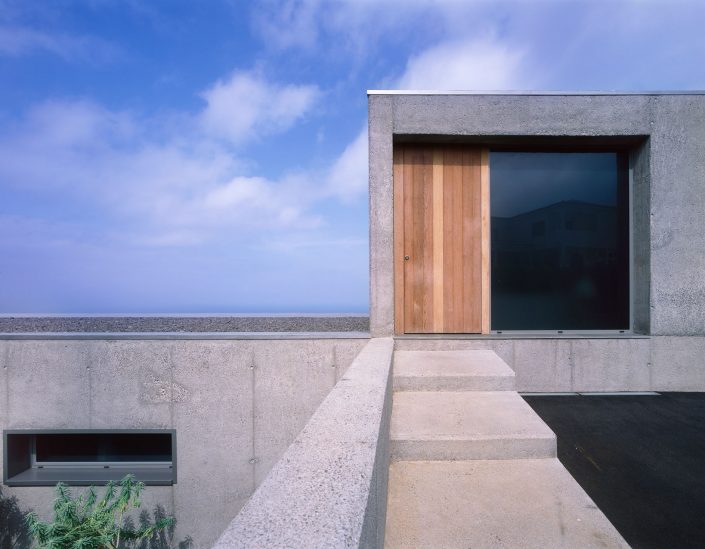 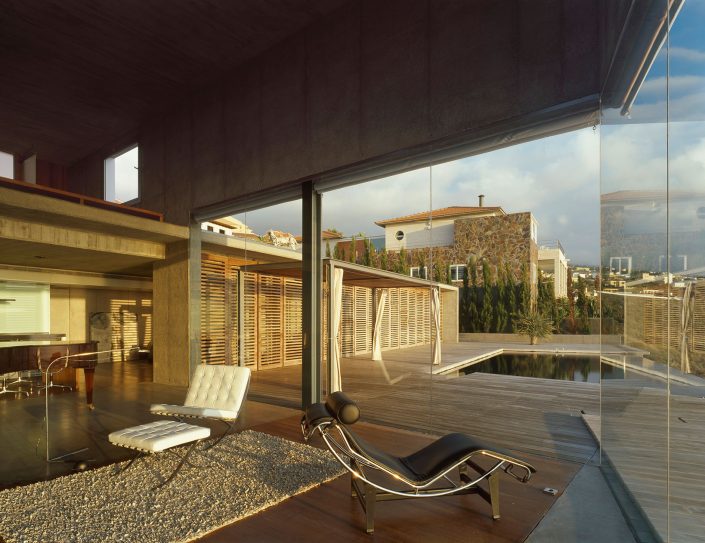 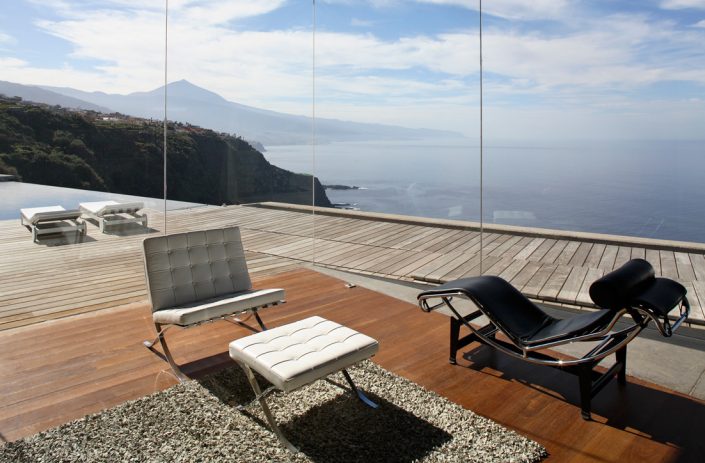 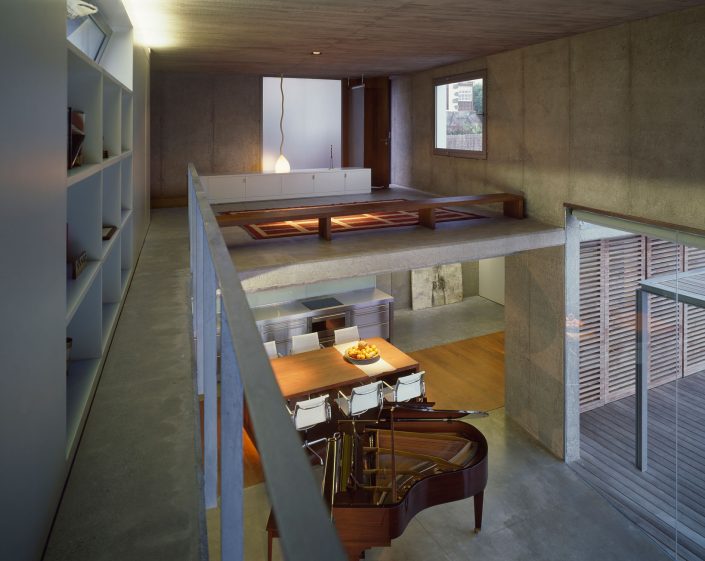 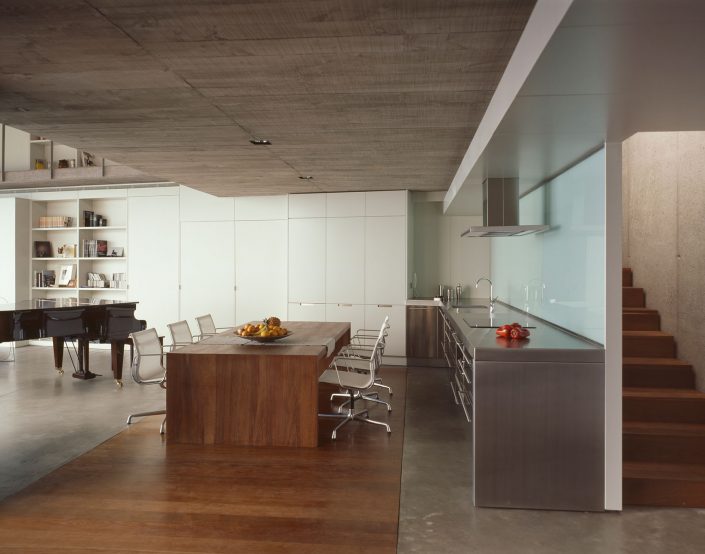 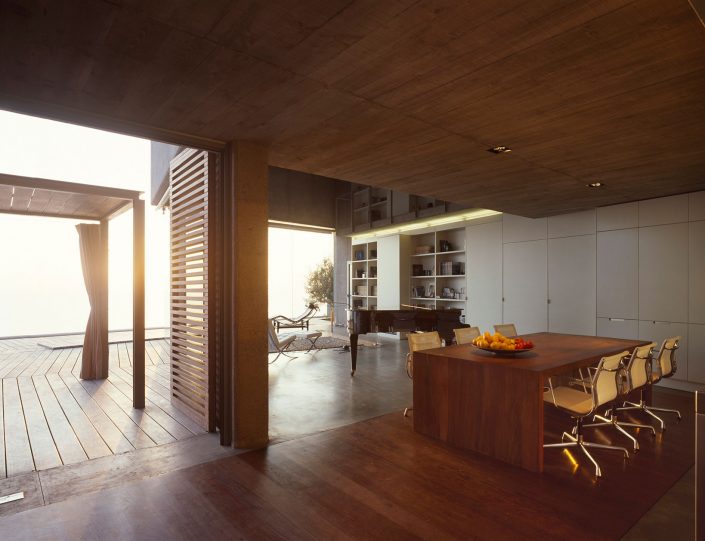 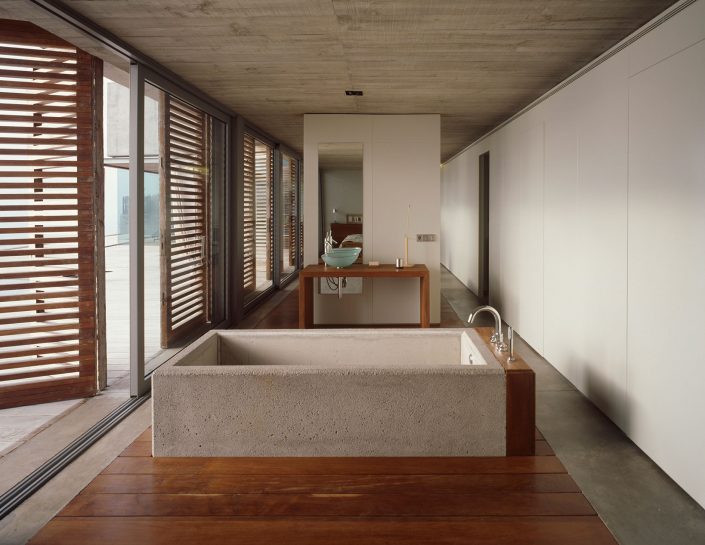 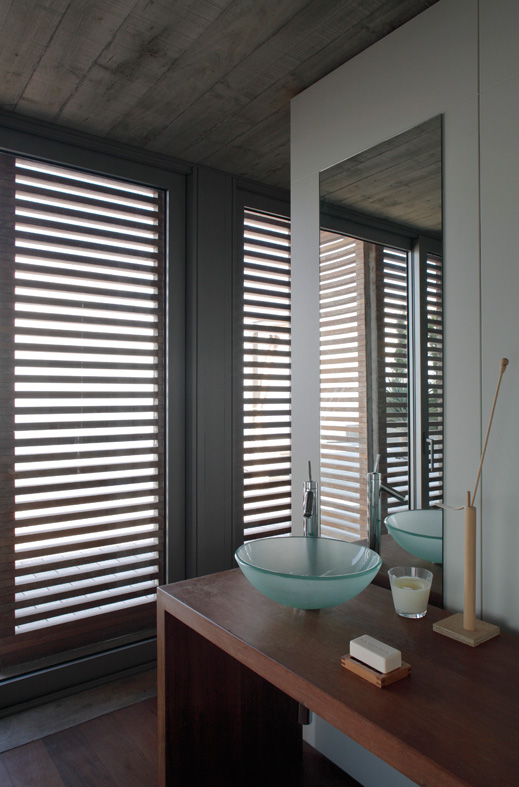 The idea of this house consists in positioning a piece made of concrete and glass on a platform made of wood located on the edge of a 300 metre cliff that rises over a black sand beach with a spectacular view of Mount Teide and all the northern coast of Tenerife. The design is based on incorporating the landscape into the interior of the house, highlighting, by means of restricting the types of resources the way the house merges with its surroundings. A parallepipedic module of one level contains the bedrooms and the service area, presenting itself into the double level space containing the kitchen-cum-lounge-cum-studio both making an L-shaped form that encloses the black pool sitting on the edge of the platform; in such a manner that the water appears to merge with the sea. In this way the whole house enjoys views highlighted by the terrace and the pool.

The whole of the construction has been done, both inside and out, with exposed descaled concrete. The façades that look over the views are made of continuous glass plates protected by wooden shutters for the bedrooms, and canvas blinds in the lounge area. A free standing pergola, made of steel and wood shades part of the terrace. The garden, using species found only on the cliff where the house sits, is found on the slope between the house and the road, in such a way that the house appears to be part of the hillside itself. 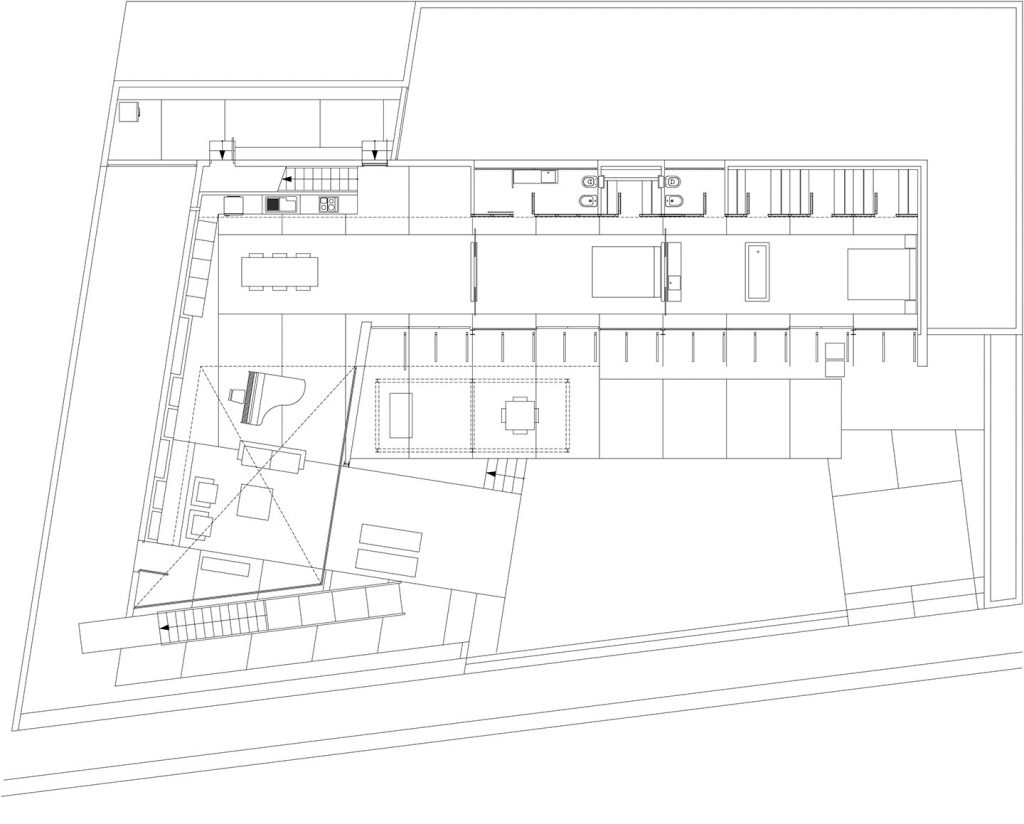