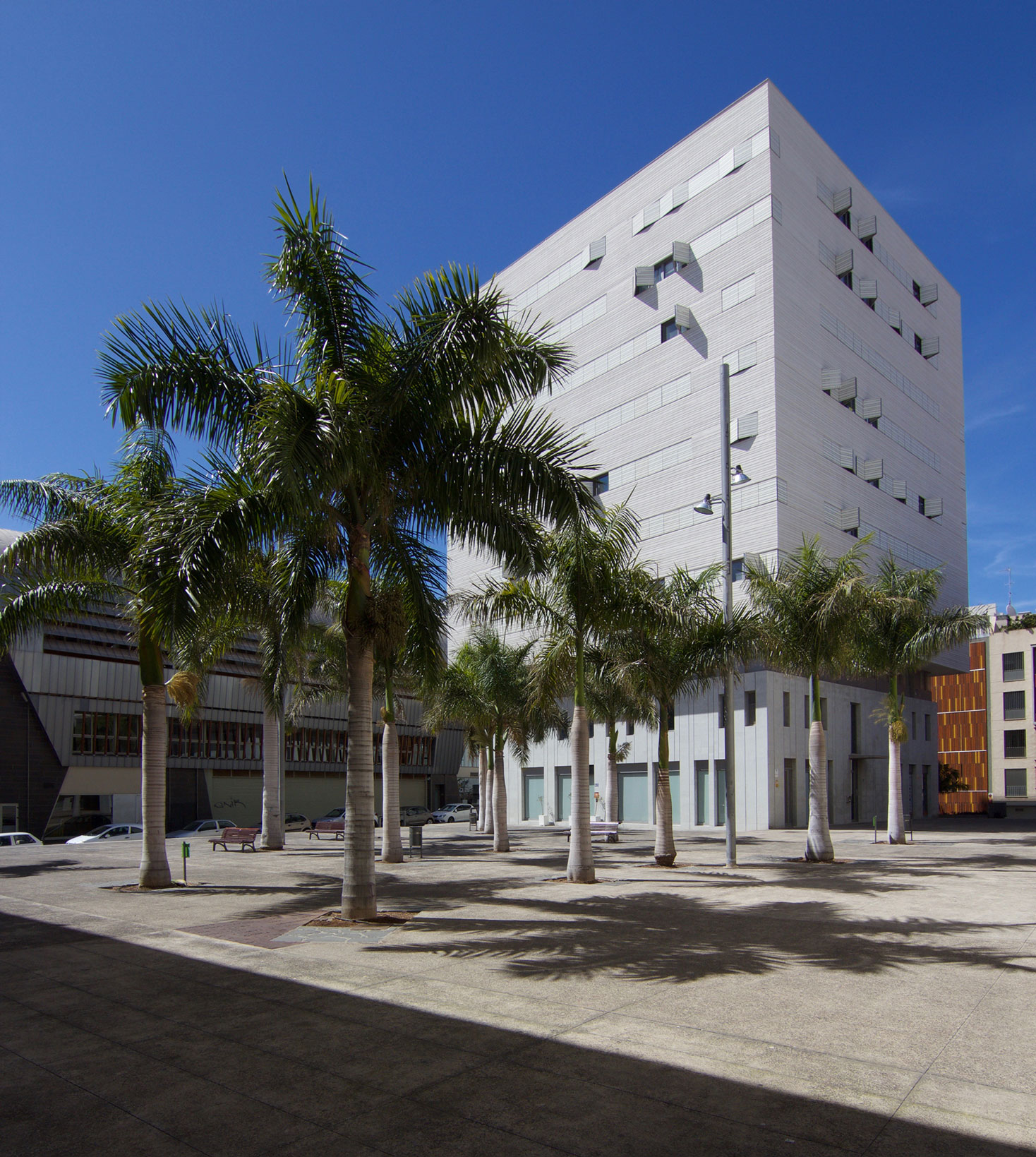 Quiet surroundings in the city 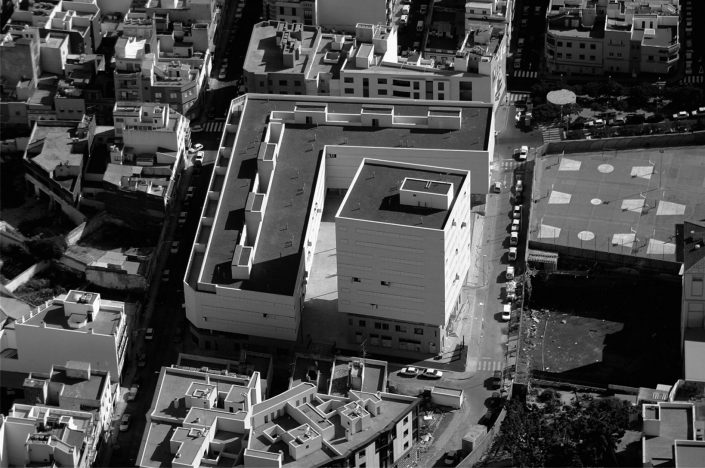 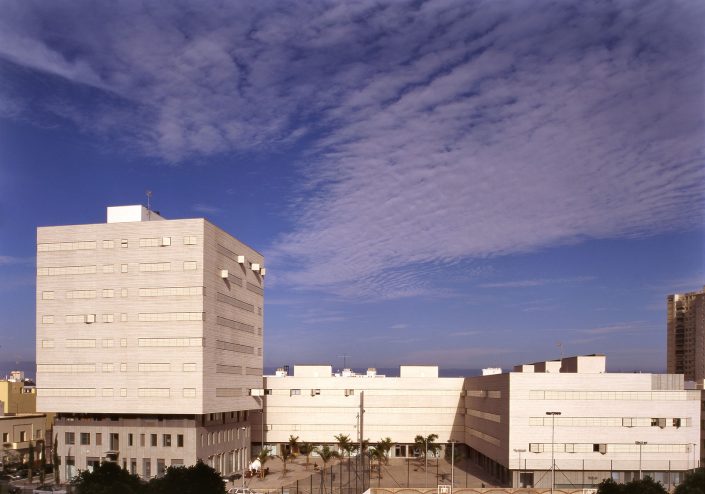 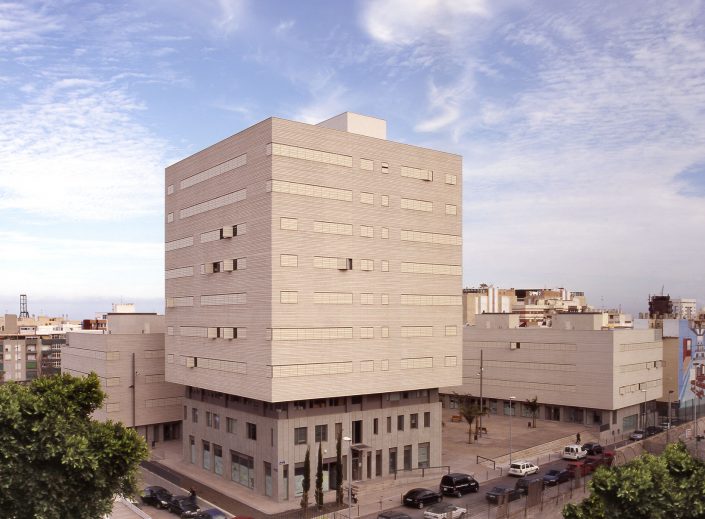 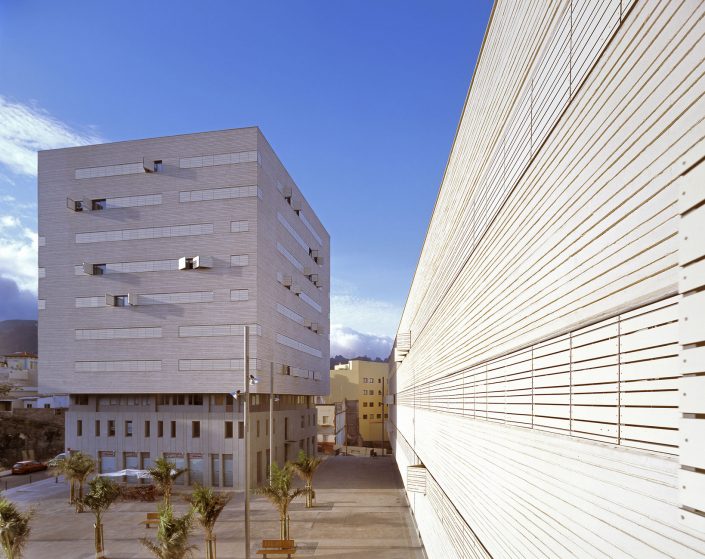 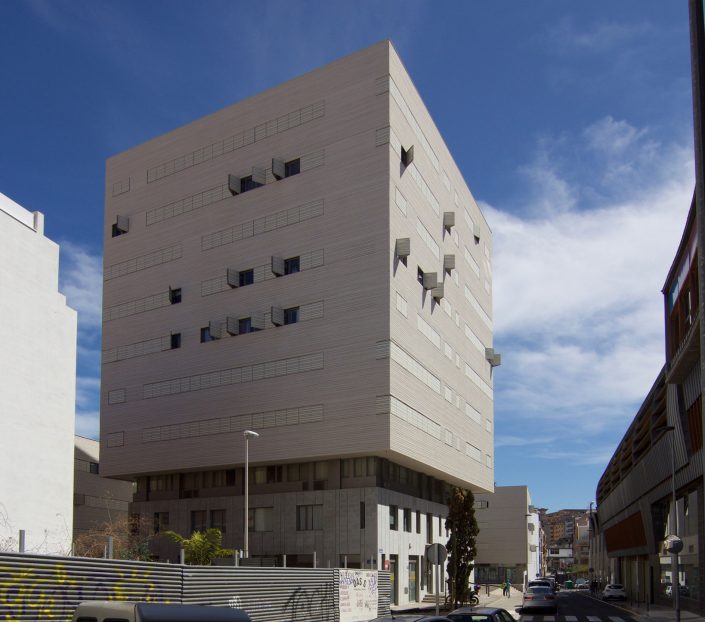 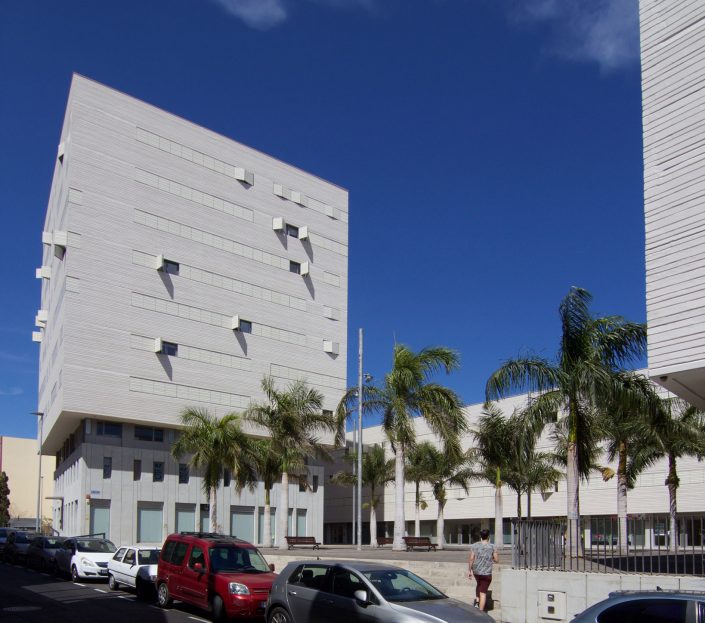 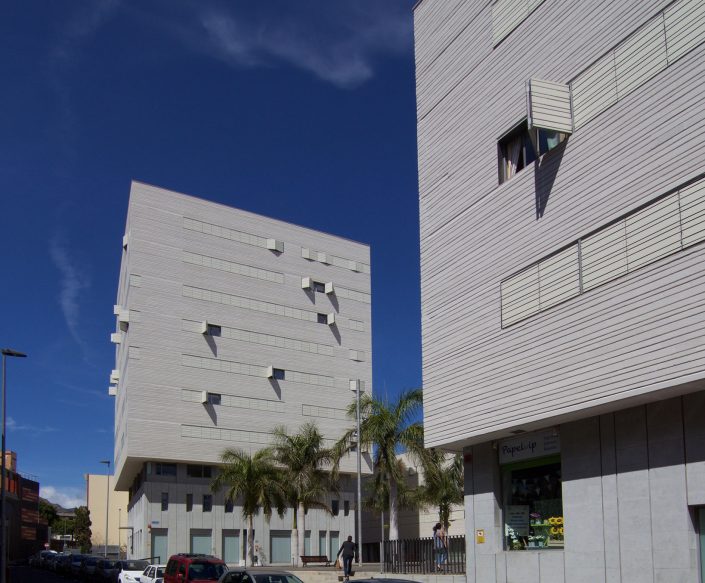 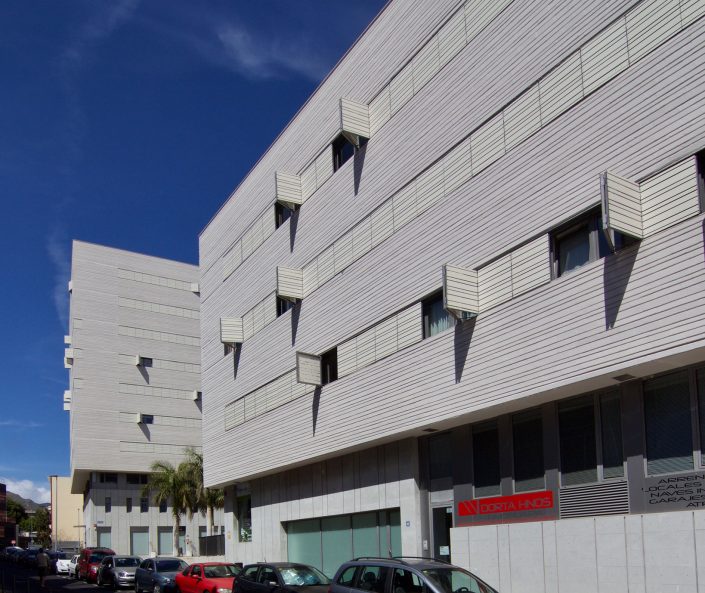 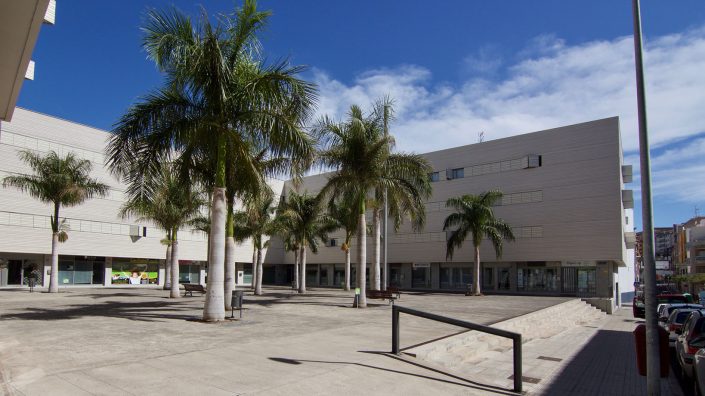 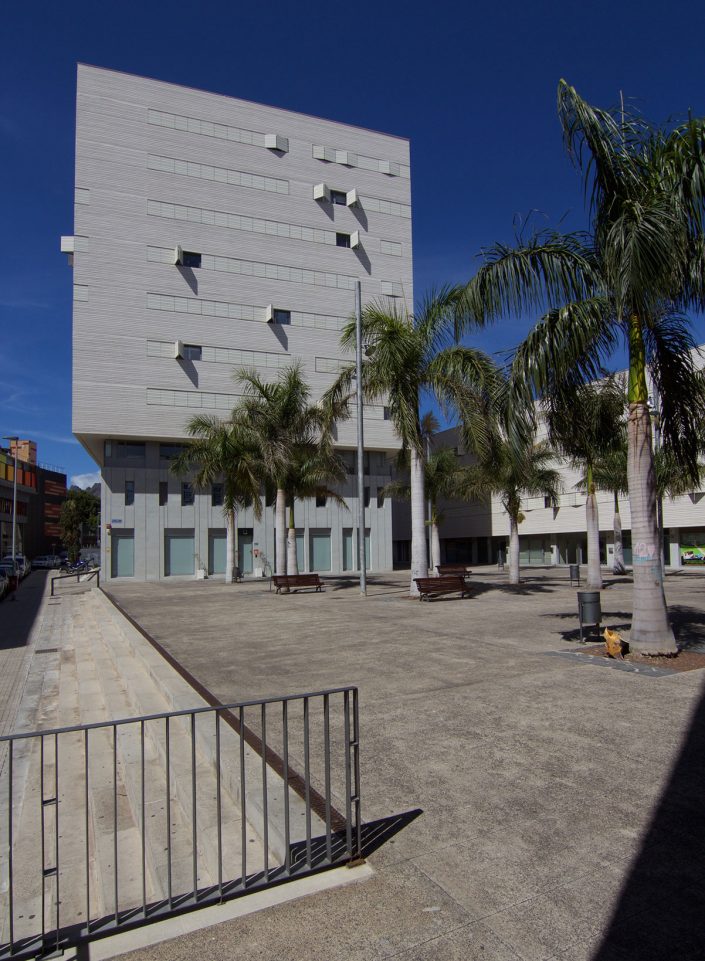 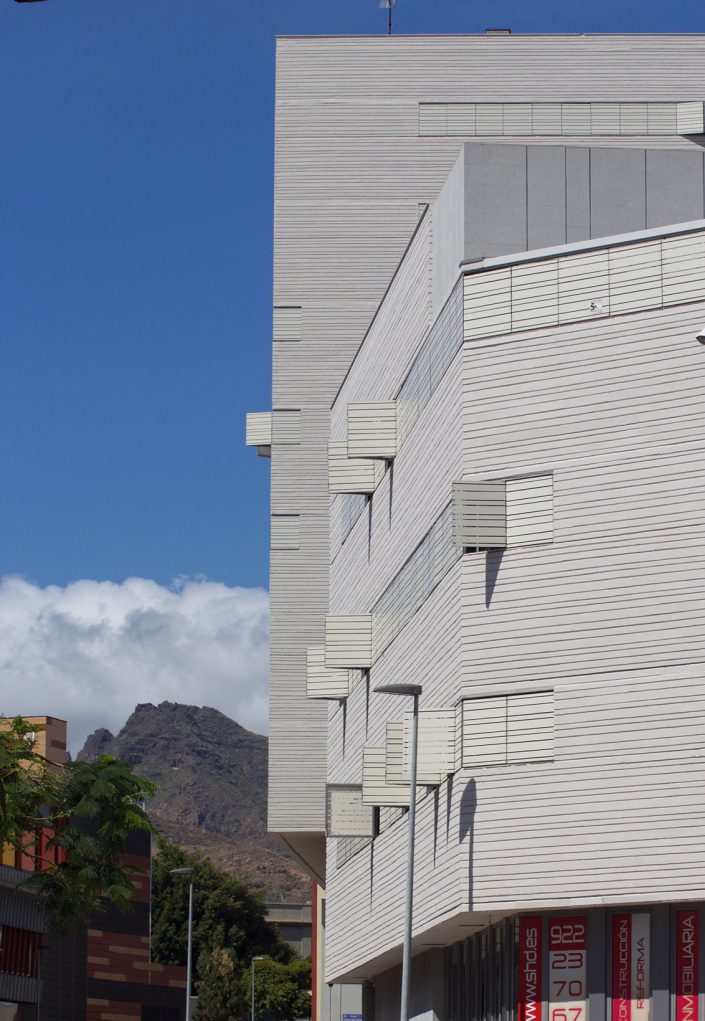 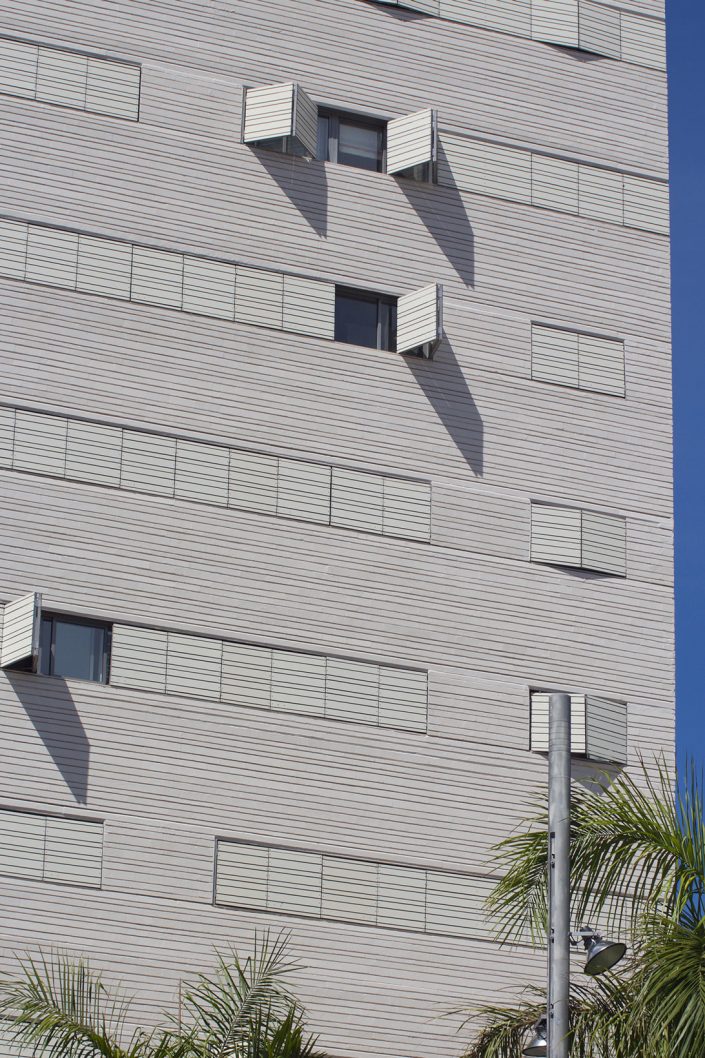 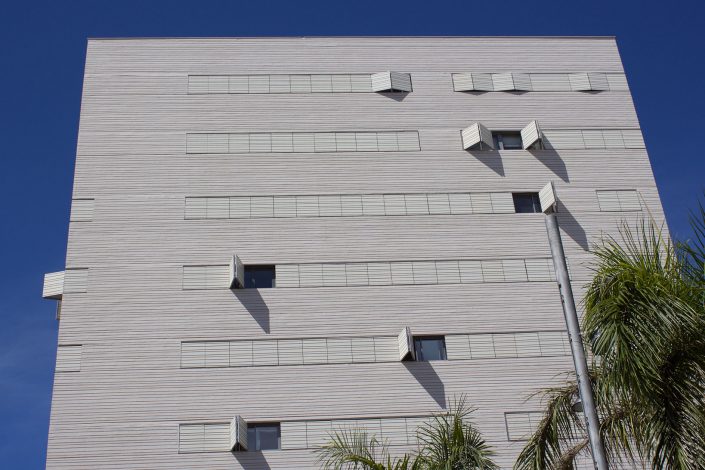 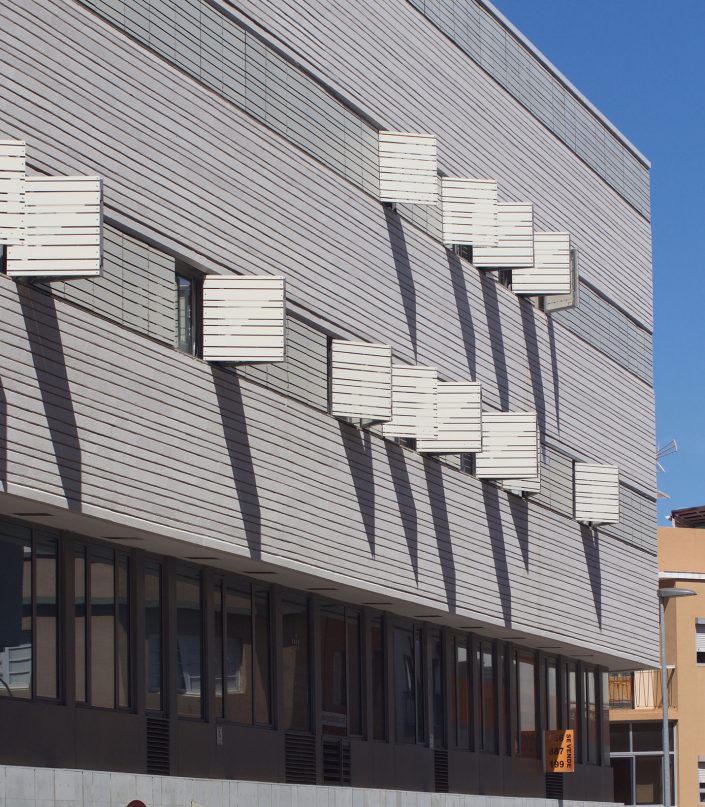 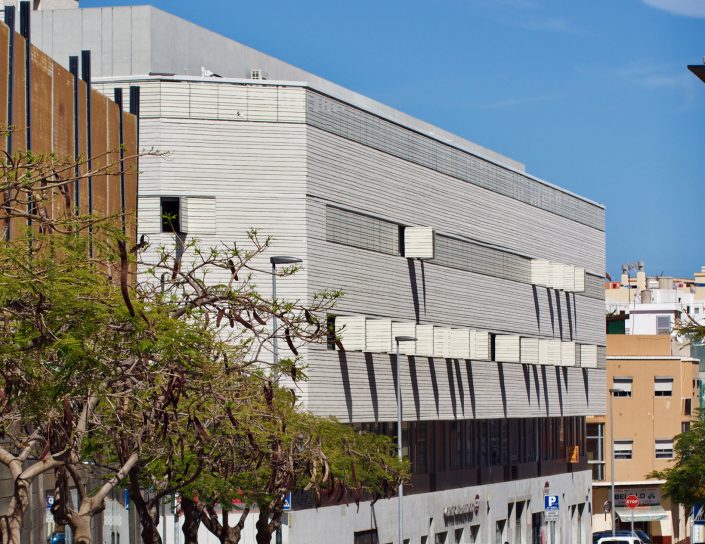 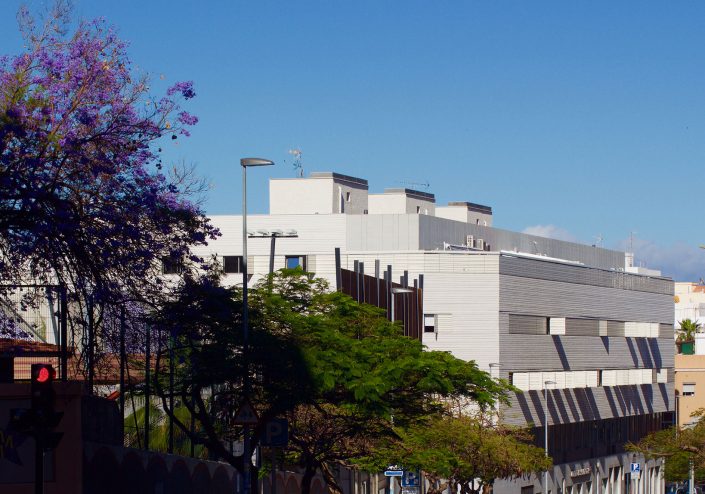 This complex of flats is located in an area of the city that has become a connection between the historic centre and the newer developments on the southern side of the city of Santa Cruz de Tenerife. The project is made up of an L-shaped block enclosing a large open space and a free-standing quadrangular shaped tower. The objective of the project was to accomplish urban regeneration. The building creates an operation where the concept of emptiness is enhanced as an element which provides oxygen to the city. The absence of scale in the composition of the piece, brings serenity to its urban surroundings. The composition of the the irregular striations on the façade, strengthens the horizontality of the ensemble which is emphasised by the continuity of the surface. Both pieces are finished at ground level by bases of natural stone, the same solution that is used on the attics. On the façades of the courtyards, a solution has been used with vertical hollows that prevent direct glimpses from flats looking across at each other. The use, therefore, of an unique resource of façade, that does not refer to scale or interior use of spaces, constitutes a continuous skin that only folds when blinds are opened, confering the ensemble a neutral, serene and united aspect. 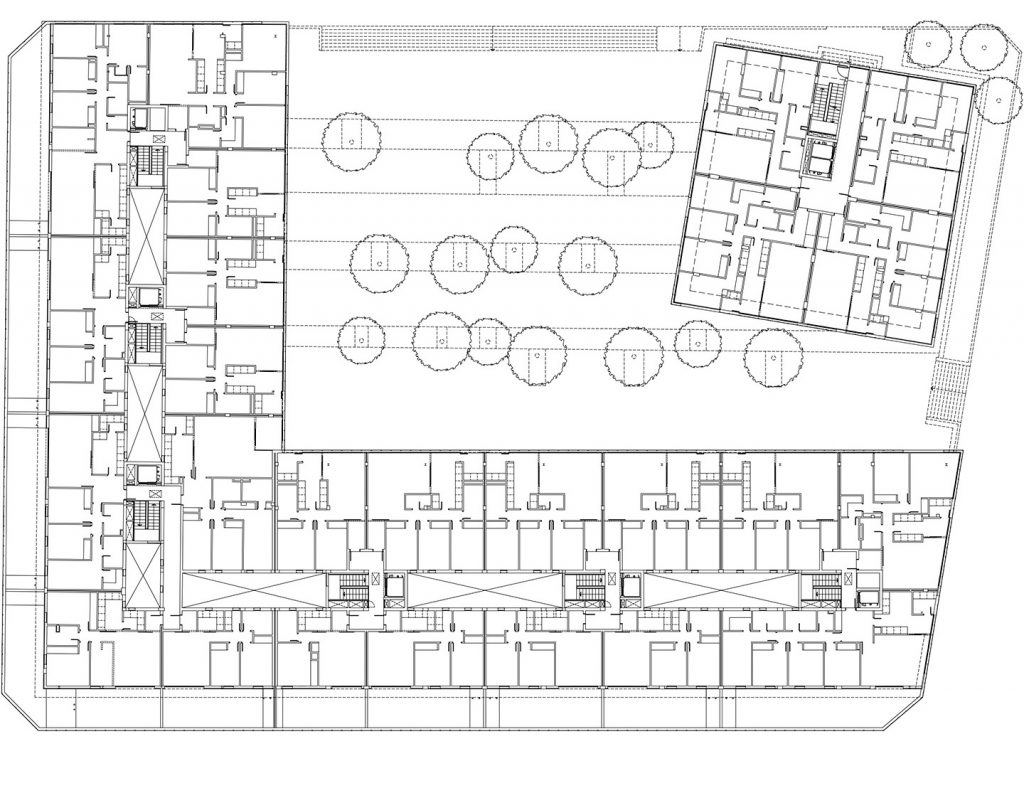