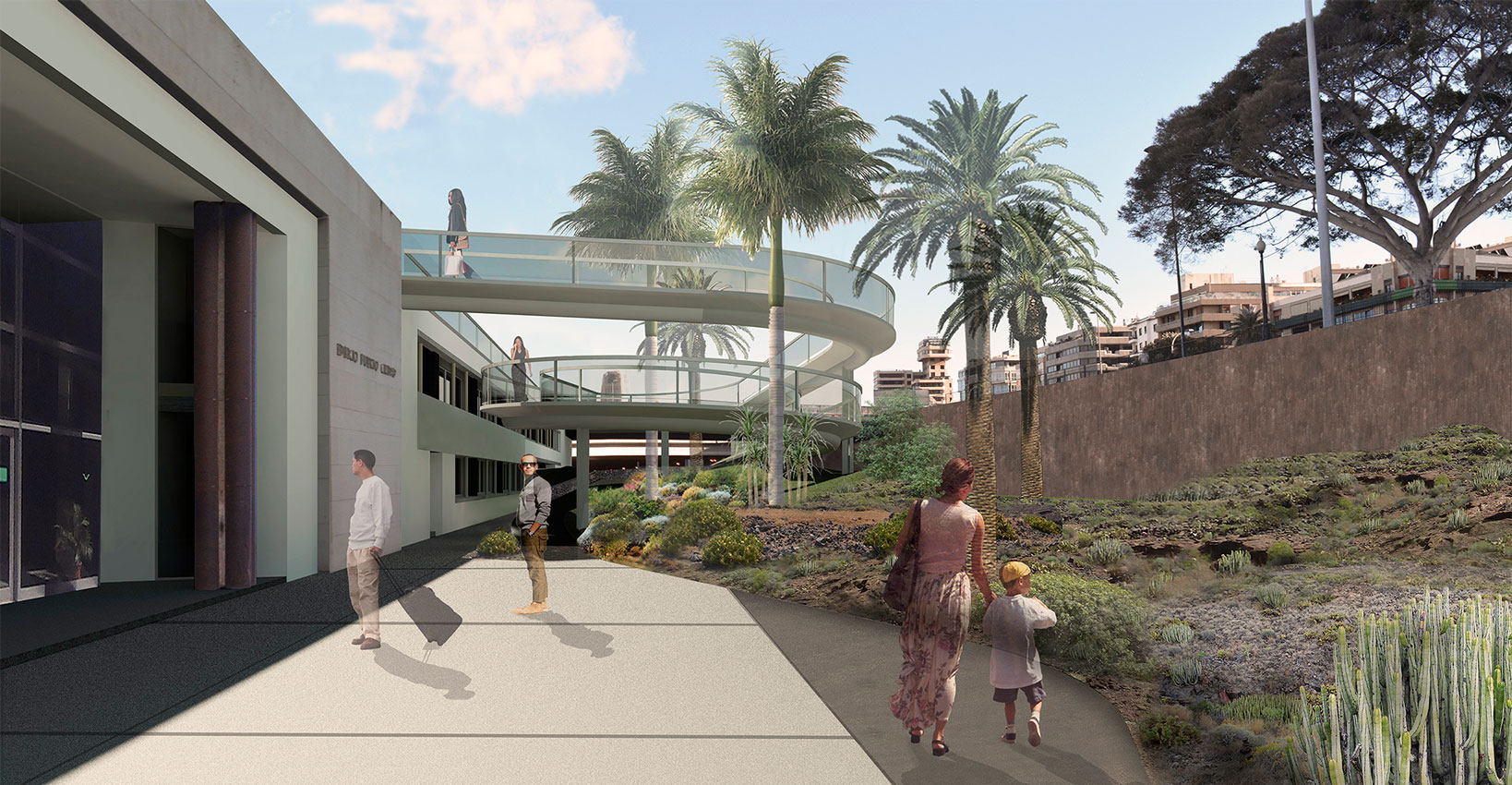 A new reception for the visitors to Santa Cruz 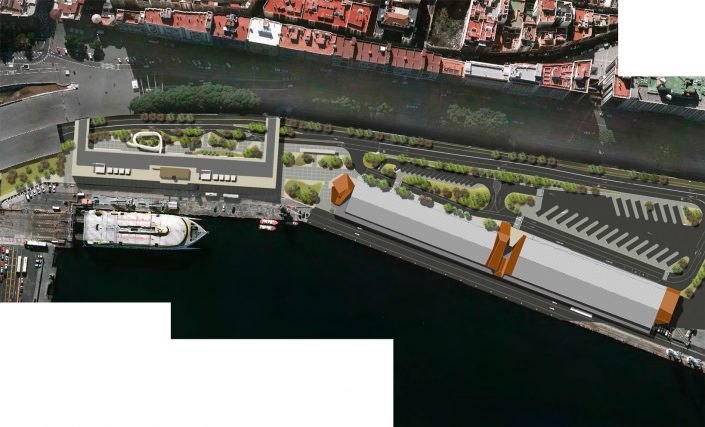 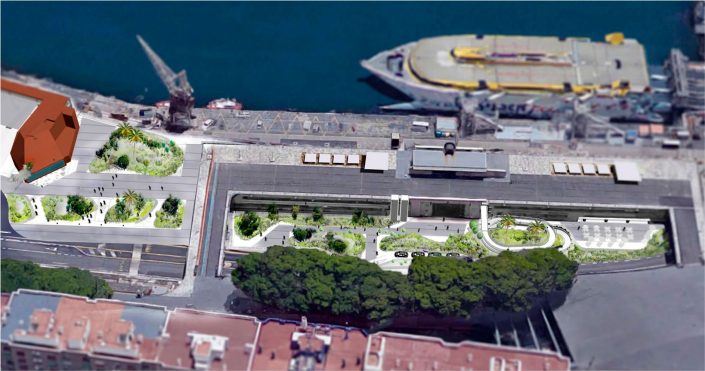 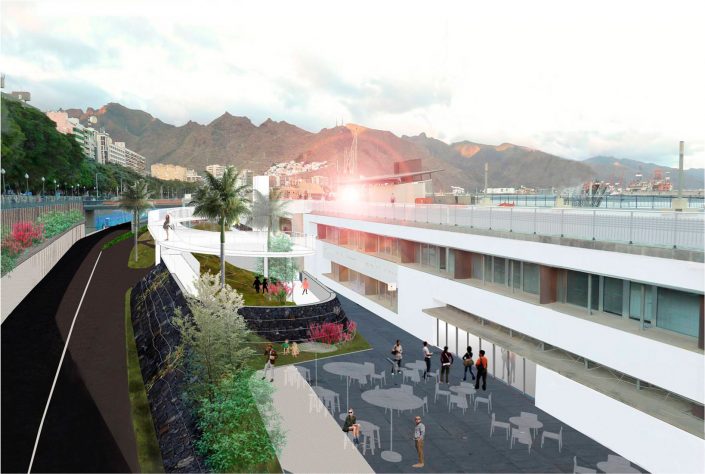 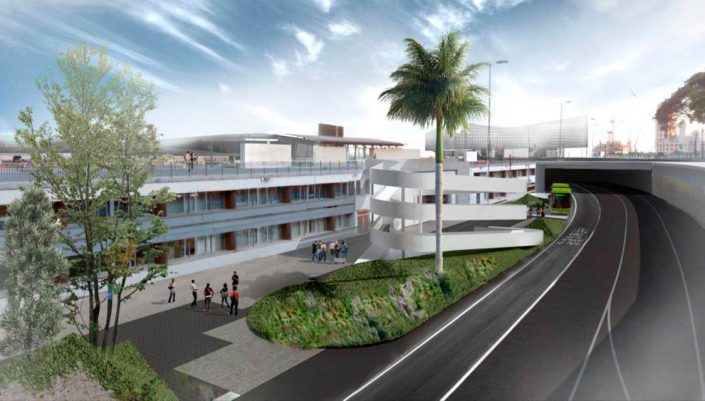 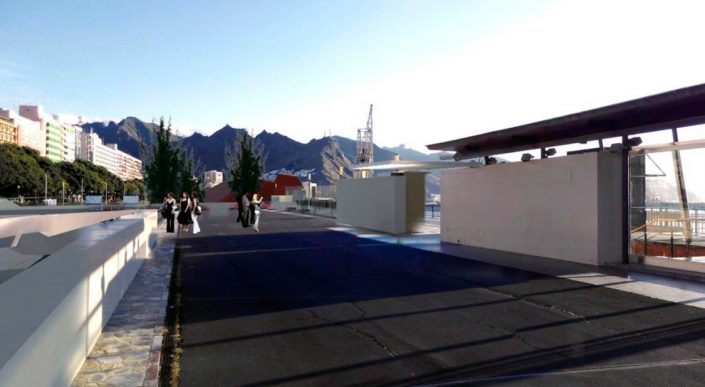 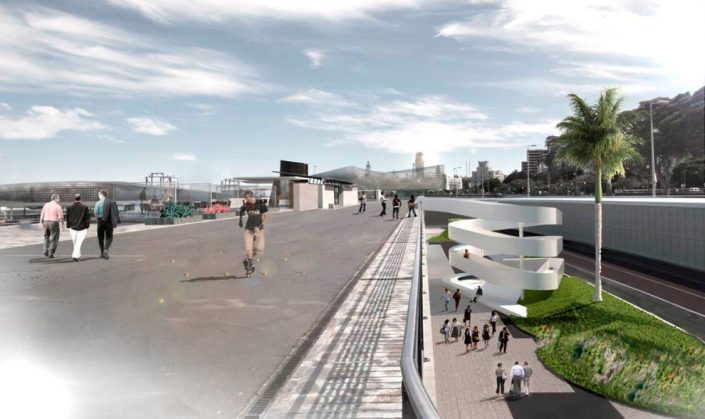 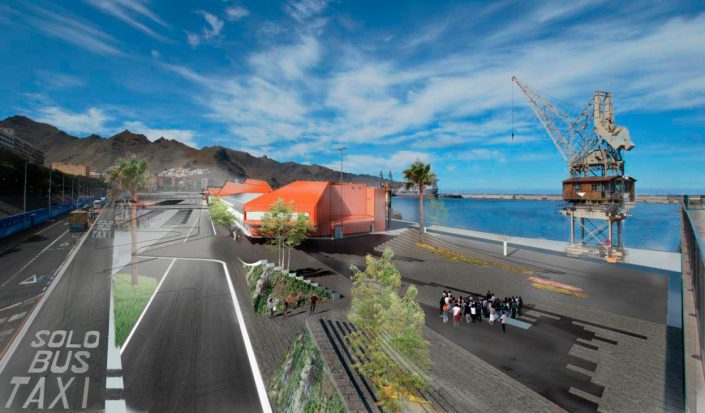 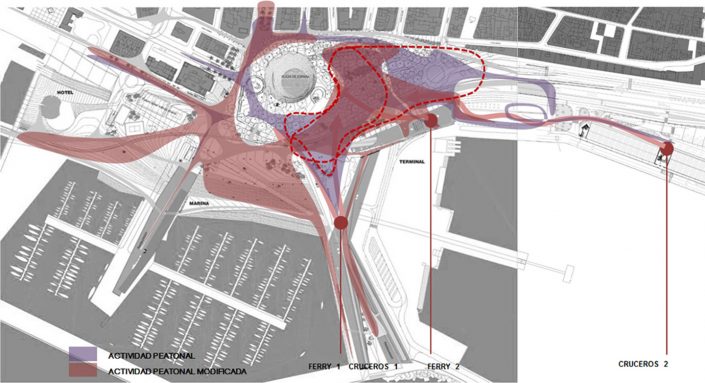 At this moment in time, the port of Santa Cruz is experiencing a radical transformation where the concept of internal vehicle mobility and visitor movement in relation to the city is concerned. After the recent inauguration of the new Cruise Liner Terminal, a new centrality has risen for all this movement around the City Harbour Building, point of departure for the Fred Olsen Cruisers. With this in mind, the project for the surroundings of the building hopes to standardize the public spaces round the area of both terminals seeking a uniform perception of the port infrastructure, providing paths into the city for the visitors with two new vertical communication points on either side of the principal front. On one side two high capacity lifts and on the other, a footbridge making a spiral path: intending to become a significant landmark for the Port. The design proposal intends, by means of a platform on the same level free from steps or curbs, to take the passenger between the two buildings passing by a series of landscaped mounds of around one and a half metres high whose function is to block the sight and sounds of the service road that separates this space from the city, while allowing for the plants to take root properly. Only two types of foot paving will be used: One will be polished concrete to offer continuity with the original building’s project for the transit areas and the other, for the landscaped areas, gravel-resin mixes to create more homogeneous and recreational areas associated with the mounds, which will be covered with creeping plants and big trees providing shade. 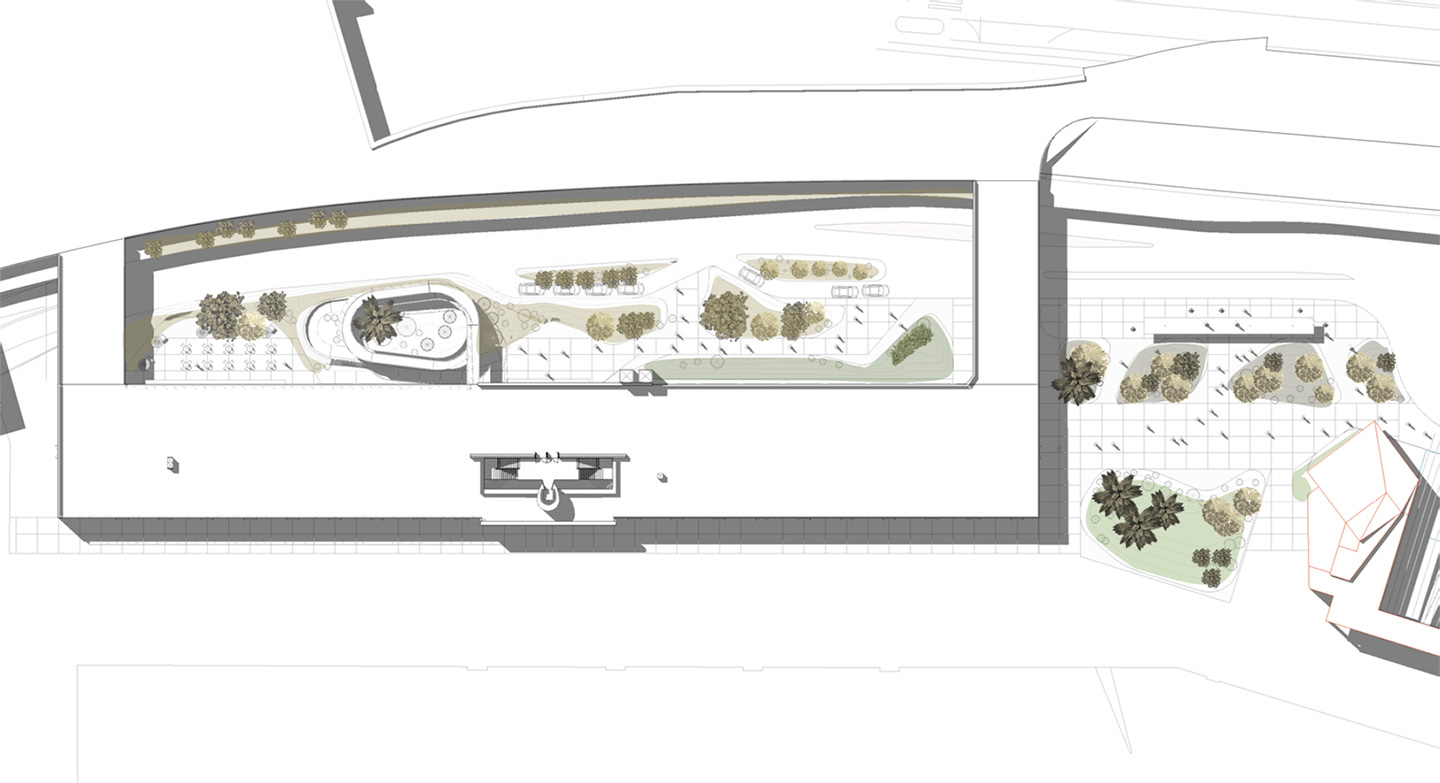 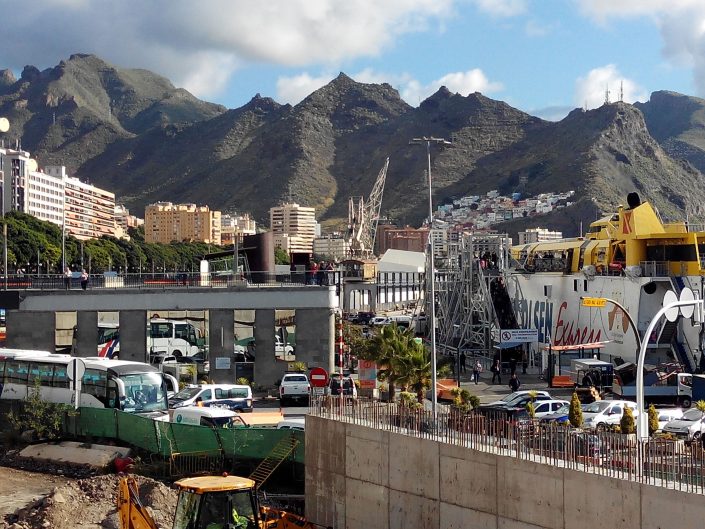 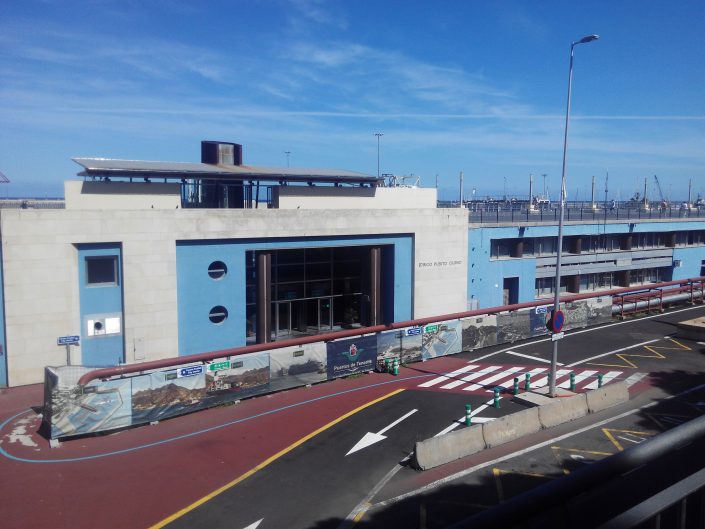